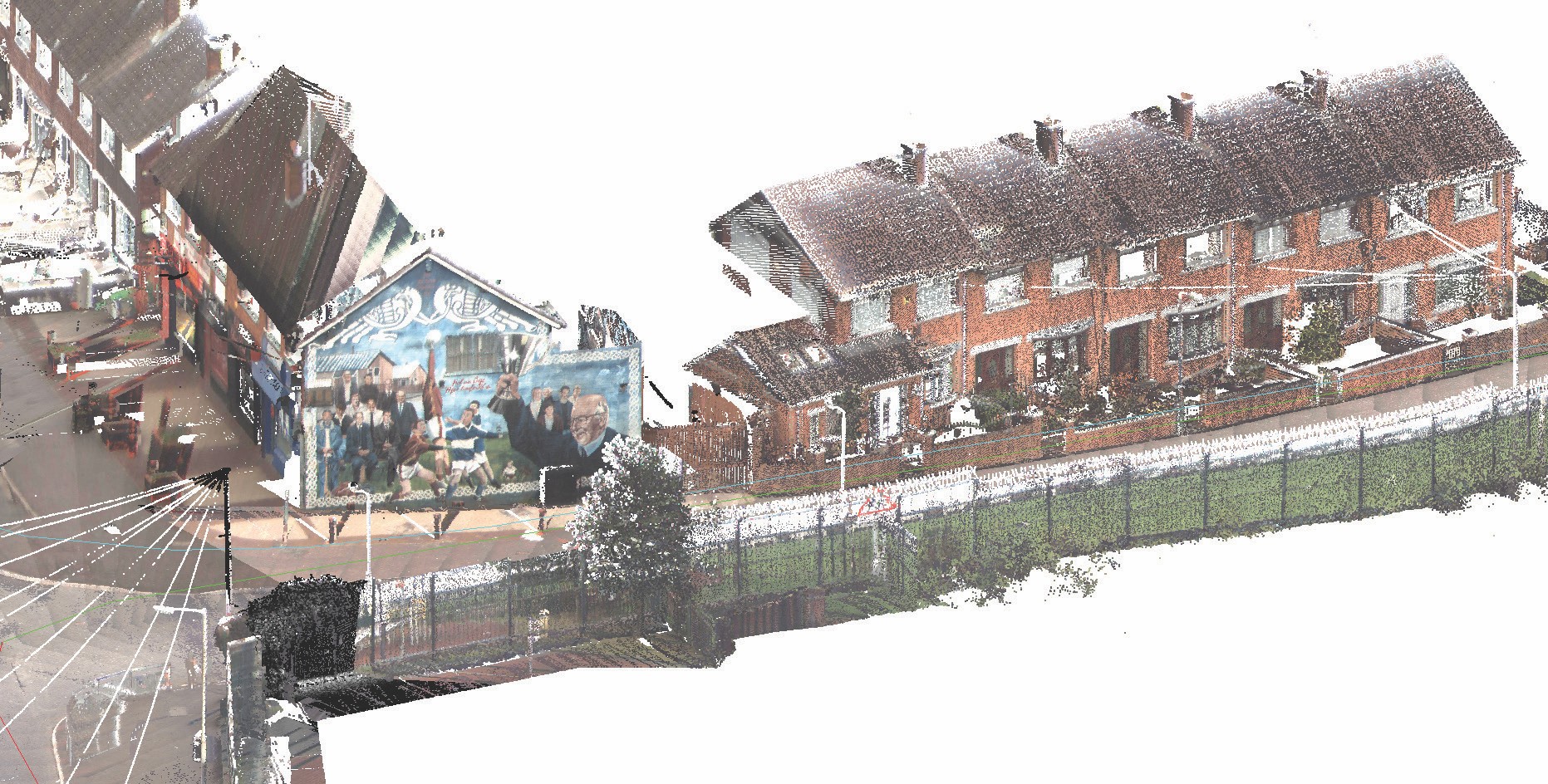 Whiterock, located on the west of the City of Belfast, forms part of the Lower Falls electoral region. The Northern Ireland government, keen to improve the derelict perception of some parts of the
area and ultimately provide facilities that will benefit the local community and community groups, required detailed survey data to help plan its future use.

Central Alliance, part of the RSK Group, with its growing experience of 3D laser scanning and ROBIN multiplatform mobile mapping system, has expanded its scanning capabilities not only to terrestrial scanning but to mobile scanning as well.

As a result, it was chosen to undertake a point-cloud survey in the Whiterock area to assist in the production of a full 3D image of the area of interest for 3D modelling and the visualisation of events from the past. Initially, the site was walked over and assessed for protentional hazards and to suggest the best approach to the project. Control check shots were also taken in suffusion density to help and proof the quality of the survey works. Following initial assessment, Central Alliance mobilised a fully trained two-man team, together with its laser scanning and ROBIN mobile mapping system and after a couple of days of carefully planning, mobile mapped the area, which covered a 6.4-km route as well as unused ground. Both backpack and vehicle-mounted methodologies were used.

Traditionally, scanning projects are carried out with terrestrial 3D laser scanners all over the world, which is a command approach, and they can deliver high accuracy results.

After a detailed conversation with the client over the expectation and the output from the survey, the ROBIN mobile mapping system was utilised to undertake this job, which is capable of delivering the required accuracies, whilst also offering time efficiencies too. 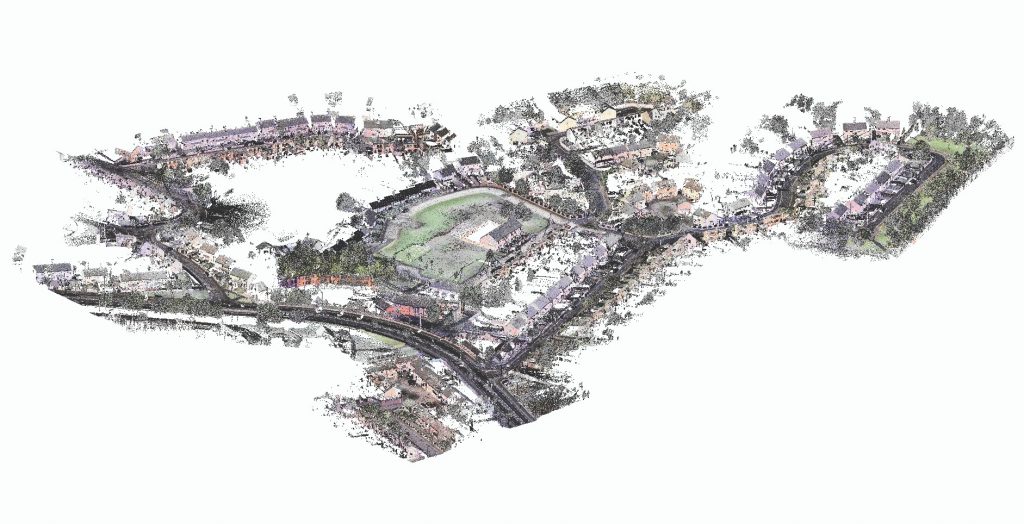 The project was the first Robin mobile mapping system undertaken by Central Alliance in Northern Ireland, and challenges were expected. One such issue was the use of the system in the local NI coordinate system and datum, however, with a little support from the developer, adjustment was made to ensure processing and delivering of the results.

The survey took just 4 hours to complete compared with an estimated 5 days for conventional surveying method. The data captured was of the highest standard and resolution possible allowing an extremely accurate 3D model to be produced meeting all client requirements.