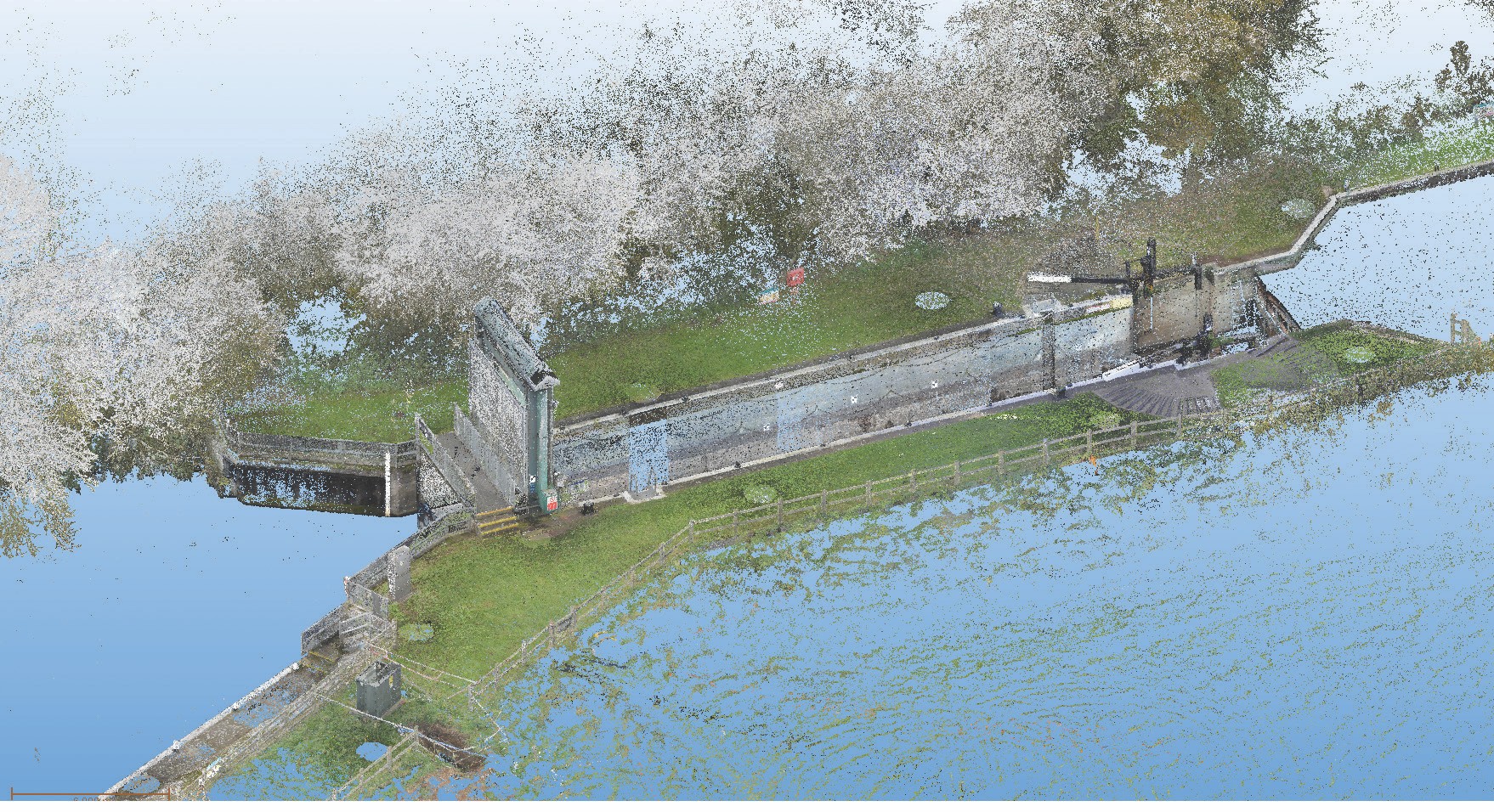 Though geographically separate, the River Nene and River Ouse share much in common, as they meander through the UK landscape, both known as excellent boating waters having many locks,
water points and moorings along their lengths.

Like any form of infrastructure, the locks in particular are subject to wear and tear, age-related stresses and potential degradation.

The Environment Agency (EA), responsible for the locks, is therefore keen to assess the state of its assets, identifying issues present and requirements for remediation as necessary.

Central Alliance has worked previously on three separate waterways schemes with contractor JN Bentley and the EA at Woodford (drained), Tichmarsh (drained) and Wadenhoe (surrounds) locks, the latter a multi-disciplined survey, which also included utility location and mapping as well as geophysical GPR to investigate the concrete slab surrounding the lock. Pleased with the quality and value of data captured, Central Alliance was contracted again by JN Bentley on behalf of the EA, to undertake a programme of scanning and surveying at 24 lock surrounds located along the Rivers Nene and Ouse.

Specifically, Central Alliance was contracted to carry out laser scanning / point cloud surveys of 24 lock surrounds, with the resulting point cloud data to be used as a comparative tool when assessing lock conditions in the future and as an asset management tool with regards to lock infrastructures. Central Alliance worked alongside JN Bentley and the Environment Agency, surveying the locks once they had been drained to capture detail relative to the chamber.

Central Alliance used a TX8 laser scanner mounted on a tripod with detail located by initiating 360-degree scans, the data being processed in Trimble Realworks to provide the final point cloud output. The data is related to the lock surrounds to provide one complete point cloud of the whole asset.

As with previous work undertaken, the true value of the point cloud data was appreciated by JN Bentley and the EA, particularly with regards to those locks surveyed whilst they were drained down. The detail gathered on site relating to any defects/anomalies is critical in understanding the life of
the lock and whether any remediation works need to be undertaken and Central Alliance was able to provide this. JN Bentley commented: “The time between drain downs may be as long as 10 years and so longevity of the system, and its usability even a few decades from now is very important to the client [EA]”.

Following confirmation of award, the work commenced March 2018, with Central Alliance agreeing a programme of works with JN Bentley that allowed for completion within its required timeframe. Throughout work, Central Alliance liaised continuously with JN Bentley’s Site Manager to organise inductions at each site before surveys commenced. Works were not without their challenges – in particular programme issues were encountered, due mainly to weather as surveying cannot be undertaken during heavy rain, as it is captured within the scanned data. Central Alliance addressed these issues rescheduling surveys in full agreement with JN Bentley.

Work was completed September 2018, on-time and to budget and more importantly, to the full satisfaction of the client.